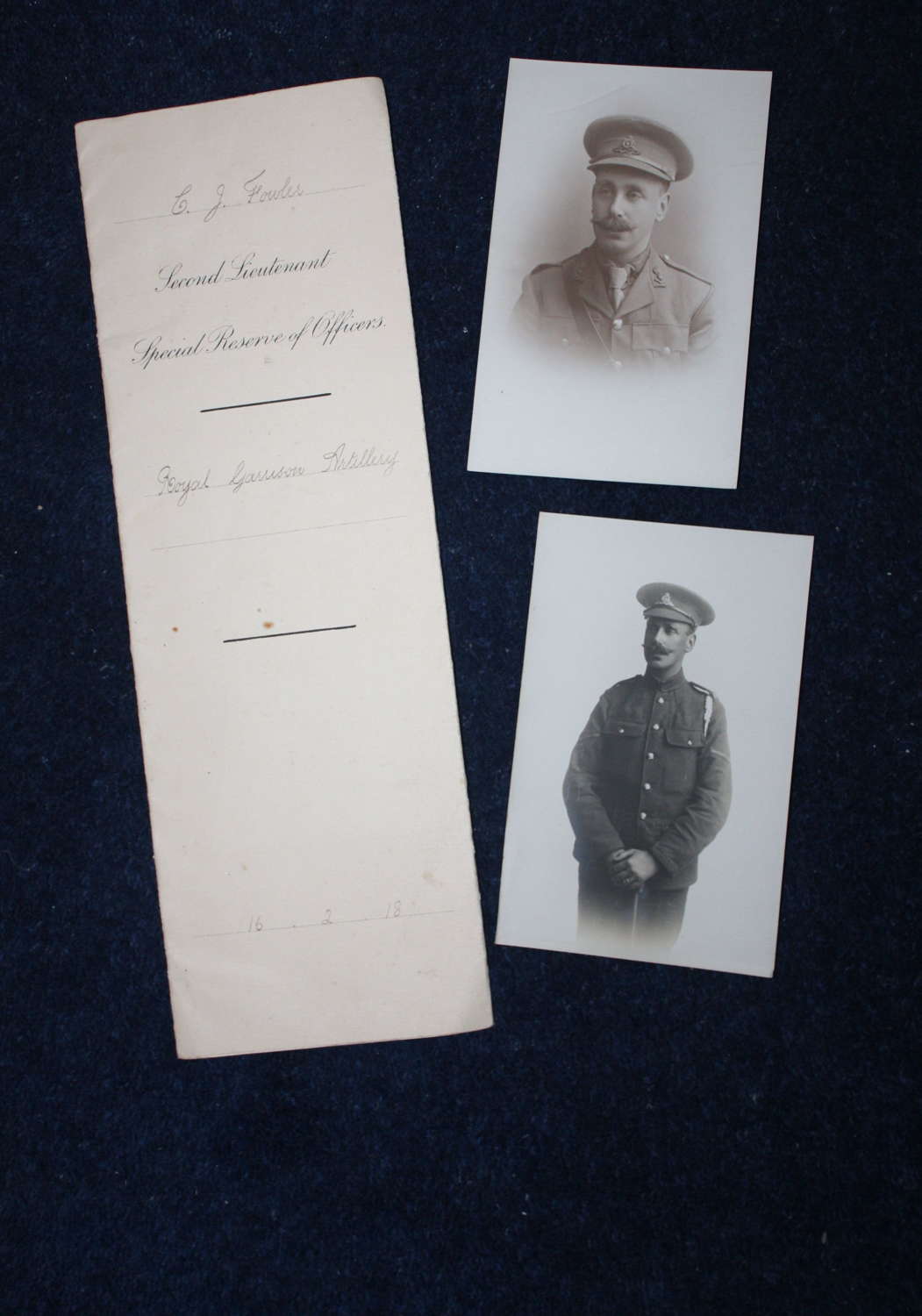 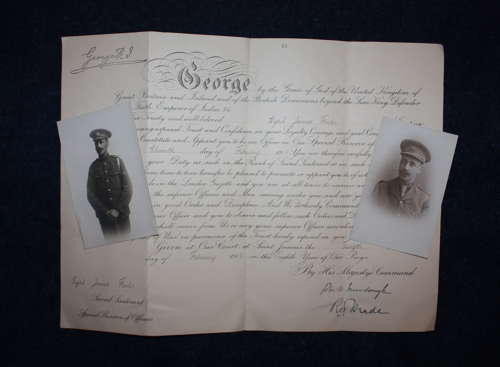 An interesting group named to one officer. Includes his 1918 dated Officers Commission (Special Reserve of Officers) and pair of WW1 photographs. Named to a 2nd Lieutenant Cyril James Fowler. Photographs show 2nd Lt Fowler in the uniform of an RGA gunner  later commissioned from the ranks and promoted to become an officer.