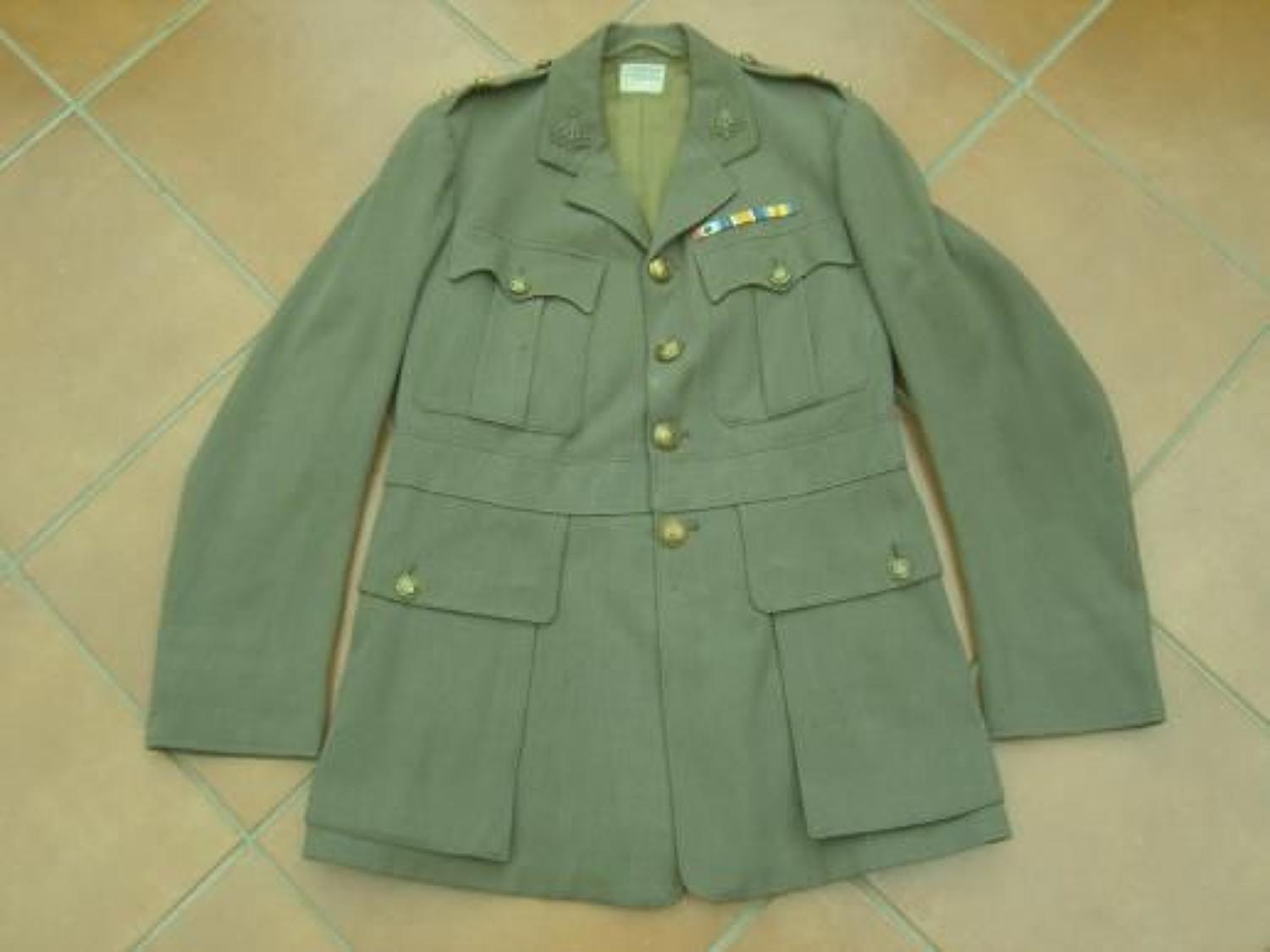 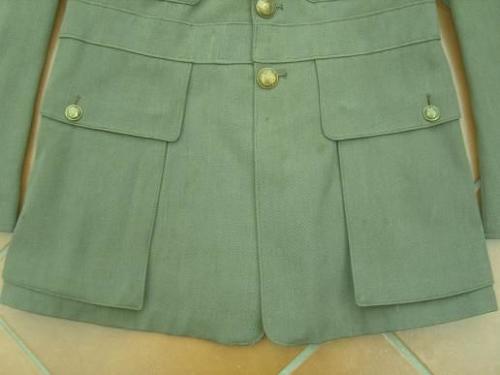 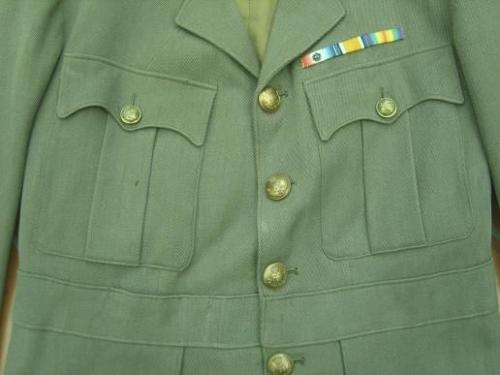 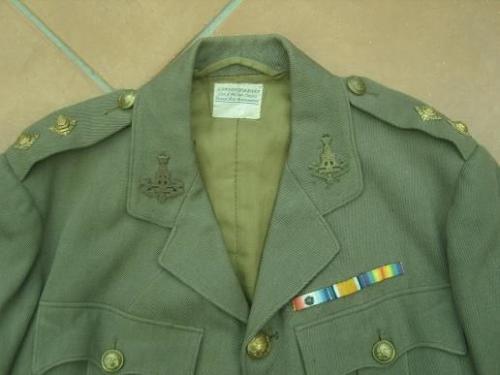 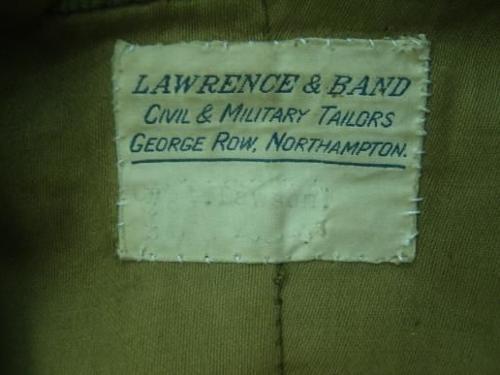 SOLD
Yorkshire Regiment, Lieutenant rank Officers Khaki Service Dress Tunic. Complete with all brass regimental Princess of Wales Yorkshire Regiment buttons and bronze collar badges (not exact match), shoulder rank and WW1 medal ribbons (Indicates officer was mentioned in dispatches) .Tailor's label, Lawrence & Band, Northampton, named to a Dawson (According to medal rolls Lieutenant GA Dawson was later promoted to Captain. In good overall condition, heavyweight material, no damage to pocket corners.(I count five moth holes which do not detract from its appearance) some underarm wear. Appears to have been a cuff rank originally and subsequently the rank pips were moved to the shoulders which was a common alteration in order to reduce the risk from snipers. Size: 38 inch chest and 20 inch underarm.